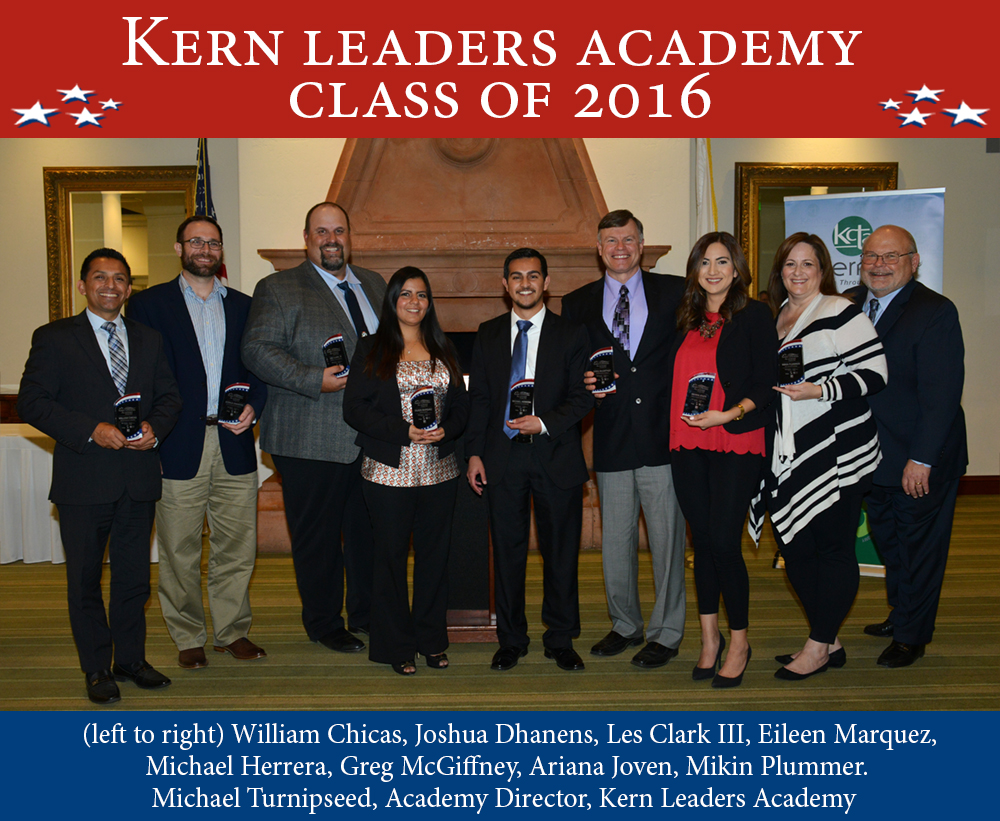 oshua Dhanens is the Veterans Service Manager at the local Kern County Veterans Service Department where he has worked since 2012.  After honorably discharging from the US Army in 2005, he moved to Bakersfield and attended CSU Bakersfield, graduating in 2007 with a Bachelor’s Degree in philosophy and a minor in political science.  Upon his graduation, Josh pursued a graduate degree in philosophy at the University of Oklahoma.  He returned to Bakersfield in 2012 and was hired as an animal care worker by what is now Kern County Animal Services.  Shortly afterwards, Josh made the move to the Veterans Service Department where he has been assisting veterans and their families throughout Kern County apply for the benefits earned by the veteran’s military service.  Joshua has a passion for public service and looks forward to many more years working for the citizens of Kern County.

Michael Herrera was born in Bakersfield California and graduated from East Bakersfield High School. Furthering his education, he went on to attend California State University Bakersfield where he graduated with a Bachelors of Arts in Political Science with a concentration in Pre-Law. He currently works as a field representative for California State Senator Jean Fuller and enjoys his duties that involve attending community events throughout the city. Additionally, Michael mangages constituent casework and cooperates with state agencies on behalf of those in the community. Prior to working as a legislative staff member he worked at Kern Schools Federal Credit Union for three years where he assumed the roles of Member Service Representative and Communication Officer. Michael’s admiration for government and public service is rooted in his love for people, community involvement and his understanding of civic responsibility.

Ariana Joven is a Bakersfield native who graduated from Highland High School. She then attended California Polytechnic State University, San Luis Obispo, completing a Bachelor of Science in Agricultural Communications. During her four years at Cal Poly, she developed a strong passion for the agricultural and water industry. Furthering her interest, she interned with Wonderful Orchards Water Resources Department, California Olive Oil Council, and Public Policy Solutions.

Shortly after graduating from Cal Poly in 2015, Ariana moved back to Bakersfield to work for Congressman David Valadao as his Kern County Field Representative. In this position, she works with numerous community members and organizations through helping constituents, attending local events, and volunteerism. She enjoys being involved in her community and is an active member in Latina Leaders of Kern County, California Women for Agriculture, Young Farmers and Ranchers, Highland FFA’s Advisory Committee, as well as other organizations.

Eileen Marquez was born and raised in Bakersfield. She was interested in the engineering field at a rather young age and went to Foothill High School for the Computer Design & Engineering Academy; held the president role in the academy for two years and started job shadowing the summer after her junior year. Since then Eileen interned and worked for several different engineering firms relating to civil engineering as a drafter, designer, assistant engineer, and engineering coordinator. She currently is attending Cal State Northridge to finish her BS in Civil Engineering and works full-time for Parsons in the Industrial Oil and Gas division.

Eileen joined the Society of Hispanic Professional Engineers a few years ago to help mentor high school and college students in STEM related fields and is currently President of the SHPE Bakersfield Professional Chapter and hopes to encourage students to reach their goals.

Greg McGiffney is a graduate of the U.S. Naval Academy. Since leaving active duty as a Surface Warfare Officer, Greg has worked in industrial sales and marketing in a variety of roles. Currently, he is a Product Manager for power equipment with California Electric Supply in Bakersfield. In addition to studying Environmental Engineering at UC Irvine, he has authored numerous technical papers, was awarded a U.S. Patent, and also earned his MBA and MPA. Along with his business pursuits, Greg is an Adjunct Professor at Fresno Pacific University, and is a member of both the Kern County Parks and Recreation Commission and Workforce Investment Board. Recently retired from the Navy Reserve as a Captain, he attended a variety of service schools, including being a graduate of both the U.S. Naval War College and Joint Forces Staff College. In his spare time, he coaches Track & Field at Bakersfield Christian High School.

Mikin Plummer is the Executive Director at the Kern County Builders Exchange. She is a Bakersfield native and grew up learning the ins and outs of business in her family’s company, JM’s Just for Children.  She is a proud Bakersfield High School graduate and earned her BA Degree in History with a minor in English from CSUB. After graduating she joined the family business. In 2008 she branched out and went to work as a Client Manager for Continental Labor & Staffing, then into Business Development at Service Master at Bakersfield. As the Executive Director for the Builders Exchange she spearheaded the build of The Hope House at Memorial Hospital. Mikin is proud to serve the construction community in Kern County.  She is also a proud board member of The Boys & Girls Club of Kern County.  In her spare time, she is a Wrestling Coach’s wife and mother of three fantastic teenagers. She looks forward to getting more involved and making an impact in the local community.

Les Clark is currently in his tenth year working at West Side Recreation & Park District. During his tenure Les has worked his way through the ranks from Coordinator, Supervisor, and Superintendent of Parks to now currently, the Deputy Director. His passion for the community and the overall youth has been evident in his career and service to the public. His service includes but is not limited to: former Mayor Pro-Tem/City Council, City of Taft; former business owner; mentor/coach 20 plus years; current Chamber of Commerce Board member; current Kern County Special District Board Member; and has been involved with numerous citizen advisory committees.  Les recently has been recognized for his works and in 2013 and was named Citizen of the Year from Rotary Club of Taft.  Les is a proud family man and has a wife of 14 years Michelle, 3 sons: Logun 13, Cash 9 and Easton 6.

William Chicas, an 8-year REALTOR® member of the Bakersfield Association of REALTORS®, has been a great support to the Association by serving on numerous committees, including the Harvest Can Tree Committee, YPN Advisory Committee, an active YPN Network Member, as well as the Harvest Committee which hosted Casino Night. His passion for serving others is also exemplified by his service to the Salvation Army’s Sally’s Place, which prepares and serves hearty meals to seniors each month. He is now currently serving as Chair for the Diversity Committee, and is very proud and excited about the Association’s collaboration with the Boys & Girls Clubs of Bakersfield in presenting their PG&E summer school program for about 200 students. William is also a Member of Bakersfield North Rotary Club.

While attending the California Association of Realtors Legislative Day with thousands of other Realtors advocating in Sacramento this year, William experienced first-hand what it truly takes to protect our industry, our professional career, and the rights of private property owners. This experience has inspired him to take his involvement with the Bakersfield Association of REALTORS® to the next level. He is prepared to accept the responsibilities and duties of service as a Director of the Association in 2017. It is his love for real estate, combined with his passion for helping people, that give him the ambition and excitement to serve. He is committed to continue helping to build a stronger community.