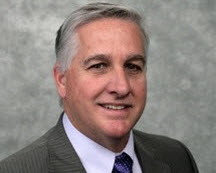 John Houchin is a Realtor at Coldwell Banker. He assists Buyers and Sellers with their real estate needs, both commercial and residential.  Before real estate, John spent most of his career being self-employed. He started as an insurance agent with Certified life and Bankers Life and Casualty Co. He then started three companies through a holding company that he and his mother and brother owned. In 2014, John got his real estate license and got contracted to Sell real estate with Coldwell Banker Preferred, Realtors.  John’s involved with the Bakersfield Association of Realtors and the Golden Empire Multiple Listing Service. John is a director of the GEMLS for 2018 & 2019. John is currently serving his third year on The MLS Open Forum. Presently serving as Co-Chair of the Realtor Onboarding.  John is a graduate of BAR Leadership Academy. Awards received 2015 Rising Star, 2016 International Sterling and 2017, 2018 International Diamond society. 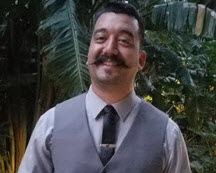 Andrew (J.R.) Flores was born and raised in the south side of Bakersfield, Ca. He attended Frank West Elementary, Curran Junior High and South High School. After graduating from South in 1998, he attended Bakersfield College. Always being around music and sound he found himself working in sound engineering and eventually radio, where he has worked for American General Media and Kern Radio for the past eleven years. He began his career working the weekends to eventually producing First Look with Scott Cox and now, Program Director of KERN Radio and Producer for The Richard Beene Show* and The Ralph Bailey Show*. Through his connections with his career, he has helped promote and bring awareness to numerous non-profits and community events. His career also allows him to engage with not only civic leaders but with the community at large in a wide range of topics. He is currently a resident in the Oleander/Sunset neighborhood and in his free time J.R. enjoys spending time with the love of his life Carrie, attending charity events and live music. They have 3 children, Ryan 13, Pierce 9 and Lilliana 2. 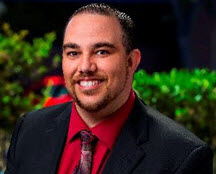 Scott Knoeb became a licensed Realtor in 2007 and started a family-owned Real Estate company in 2008. After Frontier Real Estate Services Inc. opened, he began to learn the real value of leadership. This is what motivated him to get involved at the Bakersfield Association of Realtors. For over a decade Scott has been honored to be a member of twelve Committees, four Board of Directors, two Strike Forces and a Guinness World Record attempt. His leadership path has led him to chair four committees, earn a leadership position at the California Association of Realtors, and to sit on committees at the National Association of Realtors. Furthermore, Scott has a passion for charities and the community. Currently, he is Chair of the Kern County Heritage Commission and serving on the leadership team for the Ronald McDonald House Charities. For any Board or Committee to achieve success, its members must have dedication, passion, teamwork, knowledge, and experience. 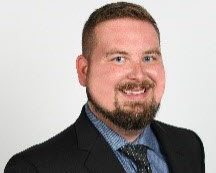 Matthew Martin serves as Vice President of Western Pacific Research — political and business consulting. A close protégé of Cathy and Mark Abernathy, Matthew worked his way up from a Shannon Grove intern to WPR Chief of Staff, and now VP in 2018. Since its inception, WPR is nationally noted for managing over 450 campaigns with a 97%-win rate. Continuing the legacy, in the last two years, under Martin’s lead, WPR candidates won eight out of 10 elections including several high-profile campaigns, while overseeing many others. Individually, Martin specializes in information technology, fundraising, polling, event planning, and social media training. Martin frequently speaks at conventions.  Currently, Martin serves on Kern County Central Committee as well as on several boards including Keep Bakersfield Beautiful, Young Republicans, and  Downtown Business Development. At WPR, Martin oversees the management of numerous residential and commercial developments as well as business consulting in the off campaign season. 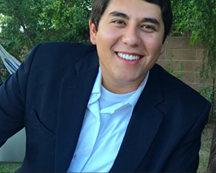 Christian Romo is a true son of the Central Valley Born and raised in East Bakersfield. He attended local schools and graduated from Golden Valley High School.  He then went on to attend Taft College and California State University, Bakersfield majoring in Political Science.  Christian has been elected to serve as a delegate to the California Democratic Party 3 times, and has been a member of the Kern County Democratic Central Committee since he was 18. He has served as political director for the Bakersfield Young Democrats for 4 years and received the George and Millie Albin Award from the Kern County Democratic Party in 2015. Christian has also served as Chairman for the executive board of South Kern Sol , deputy campaign manager for the Grace Vallejo for Supervisor campaign in 2018 and was featured in an exhibit alongside civil rights leader Dolores Huerta at the California State Museum for his work in civic engagement in the Central Valley.

Christian attributes his success to the support of his family. 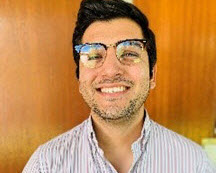 Josth Stenner is a Community Organizer with the Kern chapter of Faith in the Valley, a multicultural, multi-faith organization composed of 120 congregations working together to create a Central Valley where everyone can live healthy and prosperous lives. Born and raised in Bakersfield, he graduated from Cal State University, Bakersfield with Dual Degrees in Political Science and French. He is a graduate of the Rockwood Leadership Institute and is driven by a passion for his community. Josth has actively worked, and volunteered in his city for over 10 years in areas ranging from education and leadership development to immigration. Additionally, he has led various projects such as starting a community garden in an under served area and being on the board of local political organizations. His goal is to ensure that Bakersfield becomes an attractive, world class city where all people can live can live fulfilling lives. 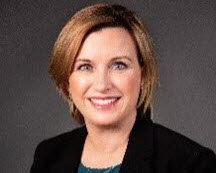 Heather Van Housen is the Chief Nursing Officer at Adventist Health Bakersfield. Heather graduated with a nursing degree from California State University Chico and later earned her master’s degree from the University of Phoenix. She also holds a teaching credential. Heather began her career as a registered nurse with the Adventist Health System. While also serving as the director of the vocational nursing program at Ukiah Adult School. In 2004, she joined the Ukiah Valley hospital as a Clinical Information Systems educator. She held various leadership roles including Director of Quality and Risk Management and Director of Education. She was named the hospital’s Chief Nursing Officer in 2012.  Among the accomplishments that Heather contributed to while at Ukiah Valley: a professional governance structure; a Leap Frog Hospital Safety Score – Grade A two years in a row (2016 and 2017); and a Joint Commission Primary Stroke Center. 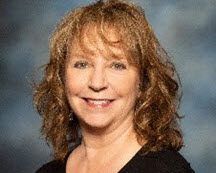 Linda Willis is a Bakersfield transplant since 1997.  She and her husband Tom own and operate San Joaquin Veterinary Hospital in the northwest.  They raised their two children, Tommy and Natalie, in Bakersfield.  Natalie will be a freshman at Biola University this fall majoring in Journalism, and Tommy is a Lance Corporal in the US Marine Corp currently deployed to Australia.  Linda is a graduate of UC Irvine with a degree in Political Science and spent ten years teaching Junior High and High School Social Sciences before joining her husband to manage their business.  Linda is a member of Bakersfield Republican Women, Federated and serves on their Board, as well as several Committees.  She serves as the California Republican Women, Federated Legislative Analyst for Water and Agriculture. She is a CA GOP Delegate for the 2019-2020 term.  She is also on the Board of Directors for Have A Heart Humane Society, a non-profit dedicated to spay/neuter and rescue programs.  Linda is looking forward to delving into the issues facing Kern County and hopes to be a positive voice in the community, as well as a voice in making California a Red State again.